Botany Photo of the Day
menu

Today’s photograph is unrepresentative of the size of giant chain fern, whose leaves may reach a length of 1.7m (or 5.5 feet). Perhaps surprising to some local readers, this tropicalesque fern species is native from British Columbia south to Mexico’s Baja California.

Here’s a photo by Pete Veilleux@Flickr (aka eastbaywilds) with a person for scale: 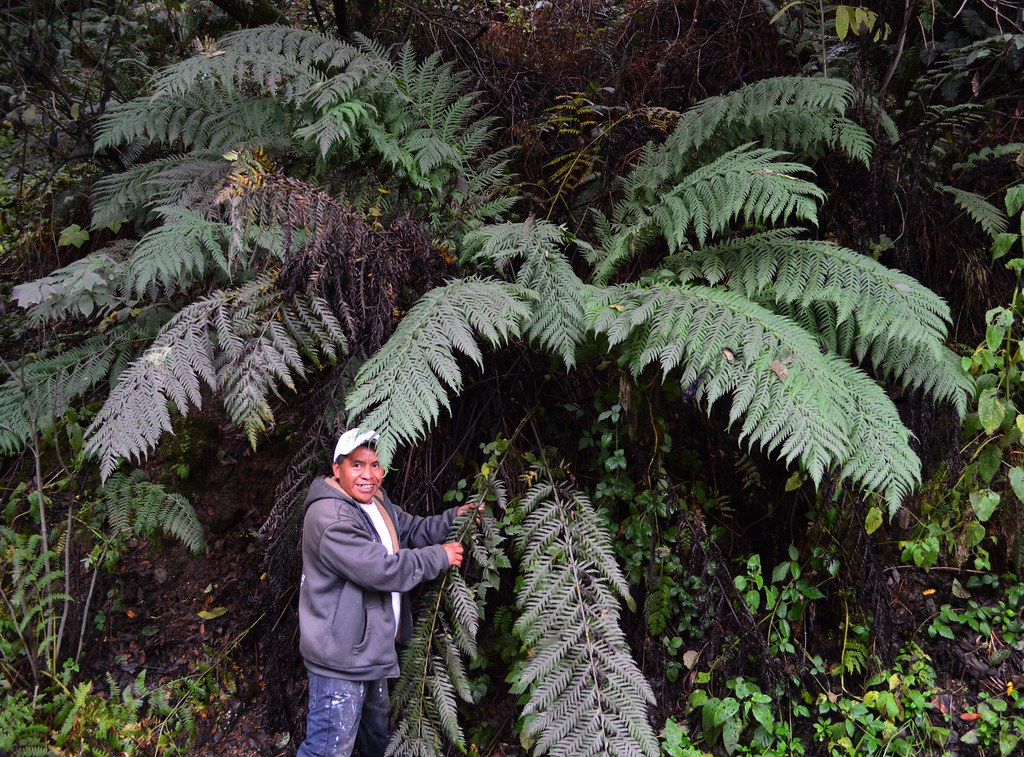 The plant in today’s photograph is a 2007 accession growing in UBC’s British Columbia Rainforest Garden. I’ve had the pleasure of seeing (and collecting) Woodwardia fimbriata in both British Columbia and Oregon (though I did pay a toll for that Oregon collection–I hadn’t been stung by an insect in a couple decades prior to that). In British Columbia, where it is blue-listed, sizable populations of giant chain fern occur on Texada and Lasqueti Islands. It is sparingly found to the south of these islands in BC, with small populations on Vancouver Island and Salt Spring Island.

Habitat-wise, the Flora of North America entry for Woodwardia fimbriata reports that this is a species of forests where moisture is readily available. I observed this in Oregon; those plants were growing on a seasonally surface-wet slope with readily-apparent subsurface water movement in the soil. However, the main British Columbia populations growing on Texada Island (and presumably Lasqueti Island) do not at first glance conform to this requirement. As local readers will know, the Gulf Islands are subject to extreme dry conditions in the summertime. Does Woodwardia fimbriata have some measure of drought tolerance? Or, are the physical properties of the primarily calcareous soils with limestone bedrock on these islands a factor? Perhaps high water diffusivity or water retention in these soils? Does Woodwardia fimbriata have a competitive advantage in calcareous soils (or do other local species have a disadvantage?)? If any pteridologists or soil scientists are able to comment, that would be appreciated!

Botany Photo of the Day: In science, beauty. In beauty, science. Daily.

We currently accept photos submitted through a Flickr group, our garden forums, or email. Please see The Photographs for more details.

Some of our favourite sites!